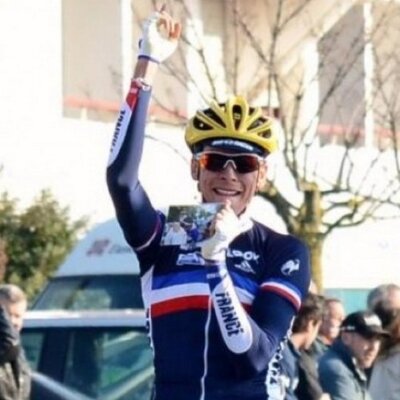 In the first week there are stages in Brittany, then two blocks in Alps before the Pyrenees. His new team is better suited for the team time trial.
END_OF_DOCUMENT_TOKEN_TO_BE_REPLACED Here he suffered an attack from fellow riders, especially in the 3.7 km ride in Hungerburg. Here the climb up was a grueling one. He finished behind Michele Scarponi. END_OF_DOCUMENT_TOKEN_TO_BE_REPLACED

Peter Sagan, the reigning road world champion has expressed hopes that clean riders can bring sponsorship back to cycling. Speaking on Wednesday at the Bora-hansgrohe team training camp in Spain, he revealed his support for the improvement of anti-doping measures.

The Slovakian pointed out that the anti-doping measure put in place were very rigorous, and could be likened to being in jail, with no possibility of breaking the rules without being apprehended.

“What happened happened, and now we are a new generation,” he said.

“If we have to talk serious, it’s like we’re in jail, because we have – always, riding in the position that we are – doping controls [that] can come everywhere. It’s just impossible to think about that. I think now cycling is very clean,” he added.

Sagan has said that with the current measures taken, he is optimistic about the future of cycling, with better opportunities for the younger generation. He had said: END_OF_DOCUMENT_TOKEN_TO_BE_REPLACED

After finishing 16th in her debut at the games in London, Ashley Moolman-Pasio had gotten an insight on what she needed to do and what it would take for her to win an Olympic gold.

With her performance four years ago at the games, she had seen that if she planned to bag the gold medal which she badly desires, she would have to put more effort and practice even harder.

The fast approaching women road race in Rio has caused the cyclist to put that knowledge into use as she is training even harder and aiming for the Olympic gold medal. With some of the strongest midseason performance the world of women cycling has ever seen, Pasio had shot the very front line of women’s cycling during the intervening period and had secured her name as one of the favorites to look out for in the race.

In an interview with Cycling News, she said:

“London was my first Olympic games. It was quite an overwhelming experience because I had only represented South Africa one time before that at the world championships in Copenhagen.” END_OF_DOCUMENT_TOKEN_TO_BE_REPLACED

Norwegian rider Alexander Kristoff has reportedly won all the stages of the eminent De Panne 3 Day stage race. The champion is in the full form right now as he gears up to score big in the historic Monument race Tour Flanders.

The Katusha rider impressed everybody by winning 3 stages on a row among 4 stages with British riding icon Sir Wiggins claiming last short time-trial around Le Panne sea-stretch, in Belgium.

Alexander is one among the topmost favorites of Flanders Tour, which is the 2nd of 5 Monument classic races this season. It is especially true given the unfortunate absence of Flanders specialists like Fabian Cancellara & Tom Boonen. Cancellara has been ruled out of the historic race with two fractured vertebrae & Tom is nursing his dislocated shoulder. Thus, the Flanders track wide open to compete and score big for the new favorites such as the in-form Katusha star.

Albeit Kristoff was the first ever rider to win 3 stages on a row at De Panne yet a photo-finish was needed to confirm result. The Norwegian star beat Lotto-Soudal’s Andre Greipel in the final sprint & the photo evidence confirmed that he came up with 3/1000th of 1 second ahead, emerging as the winner.

“I feel I haven’t ever had such close victory. A draw could be nice too. I feel that we both could be on that winning podium as both of us deserved it”, stated Kristoff. END_OF_DOCUMENT_TOKEN_TO_BE_REPLACED

Sir Wiggins reportedly settled for 3rd place at Tour Qatar’s stage 3 individual time-trial. It was Niki Terpstra who emerged as the winner with overall racing lead.

The 2012 Tour France champ, who was cycling for the 1st time in world champ jersey, paused the clock on a ten kilometer Losail course in 14 minutes 12 seconds- 9 seconds behind Terpstra & just 1 sec adrift of Fabian Cancellara.

The result catapulted Niki to the topmost status of general classification & opened up an eleven second good lead over Bodnar (Maciej), who finished at 4th– almost at the same time-span as that of Wiggins. Niki was the defending champion of Qatar Tour this year.

Ian Stannard from Sky has taken the 3rd overall position, racing twelve seconds back, post finishing just a second behind Sir Bradley on that day, in 5th place. His team-mate Rowe (Luke) is at the 5th place, finishing 33 seconds back. END_OF_DOCUMENT_TOKEN_TO_BE_REPLACED

Astana seems to be passing under a heinous spell right now- according to sources, another rider from the squad comes positive in doping tests posing further humiliation for Tour France reigning champ Vincenzo Nibali.

It is Victor Okishev from Astana Continental who is the 4th rider to return adverse analytical report for banned consumption Androgenic Anabolic Steroids. The time trial under-23 winner from Asian Cycling Championships has received suspension from UCI yet has this right to appeal & attend analysis of B sample. END_OF_DOCUMENT_TOKEN_TO_BE_REPLACED

In the 19th and 18th century, the only places where cycling apparel were produced was the continent. Cycling clothing in Britain was facing what you call an identity crisis but still existed. A simple search in Google showed that just like the fashion world of today, fashion has always existed in the cycling world too; be it for a pro or a newbie rider.

There have been experiments with colours though when the world saw Bernard Hinault ride wearing Peugeot checks or block colours of La Vie Claire that was inspired by Mondrian. The team of Brooklyn Chewing Gum clad in red, white and blue only visible at the back of Roger de Vlaeminck. A lot of other manufacturers fell into the trend of creating neon, text overloaded costumes or even the colour splashed ones.

Britan wasn’t completely pretentious about representing this period as they saw Caratti and Lusso who were very proud of their creations. Caratti was the first to import brands of Italy like De Marchi, Castelli, Sidi and Colnago but slowly went towards creating their own line of clothes. In the late nineties, Caratti disappeared for some time only to come out the next year with a whole new collection.

Former cyclist John Harrison launched Lusso in 1982 but at first he and his wife only had the intent of making cycling shorts that were decent but comfortable and didn’t cost very much either. Being one of the few British manufacturers remaining from that era, he can account for all the changes that have come about since the eighties. He says that 30 years ago, people laughed at the very idea of cakes and coffee being sold at a bike shop but today the competition is way too strong than it was back then but the plus side is that now they only have the European brands to compete with.